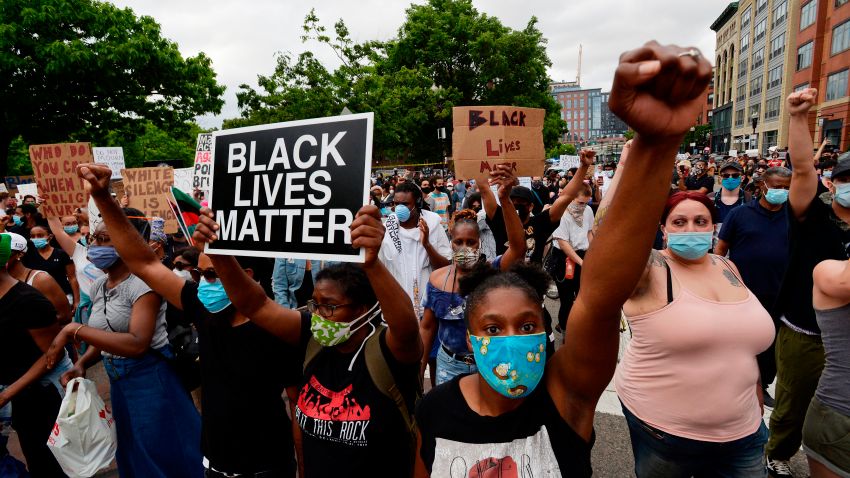 He has told you, O man, what is good;
and what does the Lord require of you
but to do justice, and to love kindness,
and to walk humbly with your God?
– Micah 6:8

Over the last few weeks, there has been an outcry unmatched since the 1960’s for justice and an end to violence against black people, specifically at the hands of police officers. There has been much opportunism and criminal activity during protests that have turned into riots. But this does not negate the outcry of grief and yearning for justice over the deaths of Breonna Taylor (shot to death in her apartment by police while asleep), Ahmaud Arbery (killed by a few white men, one of whom was a retired police officer, in a horrible case of vigilante injustice); George Floyd; Rayshard Brooks; and many others.

Here is how I have felt over the last few weeks:

After the video of Arbery’s death surfaced – “well, another isolated incident is going to cause a lot of trouble.”

After George Floyd was murdered by a police officer (who had 17 previous complaints of personal misconduct in his file), “this is absolutely awful. But does it mean there is systemic racial injustice?”

I have felt confused. I have been fearful for our police officers, several whom I know and love, who are risking their lives to serve.

I have hoped that everything would just blow over.

I have felt defensive (“I didn’t do what Derek Chauvin did, and I’m not racist”).

As a white man who has never been arrested or fearful for my life at the hands of police, I have felt indifference to the topic of racial injustice, and even suspicion. There have been so many gains over the past 50 years that things can’t really be that bad. We have had an African-American president! Doesn’t that mean that there is equity now?

I have talked with officers who are risking their lives to serve and protect, who are showing tremendous restraint as protestors throw frozen water bottles and bricks at them. They are being completely demonized by a public that has no room for nuance. “All cops are bad” is the rallying cry. It is completely unfair and wrong. In an ironic display of racism, white protestors yell things like “Uncle Tom!” to black police officers who are trying to keep people safe as they peacefully protest.

And yet, I have also wanted to understand the overwhelming cry for justice. I have had long conversations with a few Black male friends as they told me of the same experiences of multiple stops by police for no specific reason, when they genuinely feared for their lives. Those personal experiences have aligned with more public experiences of men like Shai Linne and Lecrae and Bryan Stevenson (each of those men are strong Christians, and each link is worth listening to or reading).

An African-American pastor named John Gray, interviewed by Joel Osteen recently (disclaimer: both men are prosperity preachers whose ministries I do not appreciate, but credit where credit is due – the first 25 minutes of the conversation were excellent), described a night where he was in his driveway parked, and a police cruiser stopped and the officer lit up his lights. Gray called his wife immediately and told her to come outside. The officer asked him to get out of the car when his wife came out and told the officer that it was her husband, and nothing was wrong. This is shocking to me, but completely unexceptional among black men who shared their stories above publicly and with whom I spoke personally.

How has all of this come about? It helps to look at our nation’s history. Certainly there are murderous and magnificent moments in any country’s history, and ours is no exception. It must be acknowledged that the history of African-American people in our country is horrific. Upon the arrival of the first 6 African slaves in Jamestown in 1619, the era of brutal enslavement, abuse, murder, and rape began which lasted 244 years. After the Emancipation Proclamation, there was no shared repentance and remorse (without which there can be no true reconciliation), but a different kind of terror lasting another 102 years made up of systematic, legally enforced segregation, poverty, mob justice and lynchings. If you are 57 years old or above, you were born in an era where black Americans could not vote. Since that time, there have been 56 years of contentious battles for change and equality, marked by great progress but ongoing frustrations, disparities in wealth, indifference and violence. The reasons are complex and defy easy explanation. But perhaps the reason why our nation continues to struggle with race is because we have not acknowledged our history with clarity. If we look at other nations with histories of racism and genocide, there are public markers of that history, and attempts at reconciliation. South African Apartheid, Rwandan genocide, German anti-Semitism: all of these have clear national markers of their nation’s past public sins. I think it is instructive to imagine traveling to Germany and encountering several Hitler or Goebbels statues in front of government buildings. This would strike us as morally reprehensible. If we asked about it and the response was, “Yes, he did some bad things, but he loved his country and was a great speaker and organizer,” we would be distraught. Part of the massive and ongoing discontent with race in America is unacknowledged or minimized past sins, and the strangeness of maintaining cultural markers like the Confederate flag and statues of Civil War “heroes” of the South without acknowledging what they stand for.

It is an amazing truth that we are not the sum total of our identity as black, white, brown, male or female, tall or short. We are human beings created by God in His image, and therefore we have value and worth and dignity.

It is an amazing truth that we are not the sum total of our identity as black, white, brown, male or female, tall or short. We are human beings created by God in His image, and therefore we have value and worth and dignity. We are also redeemed from all our sins, private and social, through our Redeemer Jesus. Very few people disagree that all humans are inherently valuable. Yet we live in a culture that functions in such a way that black lives are not as valuable.

This has given rise to Black Lives Matter. There are significant ideological differences between the Christians and BLM which a reading of their “what we believe” page clearly shows. Christians do not endorse the view that identity is determined by what we feel or what our desires are, sexually or otherwise. We are created by God, and there are limits to our autonomy set by God for our good and His glory. Yet, the yearning for equality is good and right. Black lives do matter. To state this is to call attention to the devaluing of black lives (another blind spot of BLM is their silence related to the blunt fact that almost half of all African-American babies are killed before they are born, by far the highest percentage of ethnic groups in the US). But in our current cultural moment, this could be a time when the church, a church like ours, responds with a heightened compassion and desire to bring about change. In other words, to do justice, as the prophet Micah described.

What does it mean for us to do justice, and what might we do to affect change? Here are a few concluding thoughts:

This is a critical moment in our nation’s history. May we do our part to shine the light of Jesus in our part of the world, and to fulfill our calling as Christians described in 2 Corinthians 5:18:

All this is from God, who through Christ reconciled us to himself and gave us the ministry of reconciliation.