Skip to content
Worship is *outdoor* this Sunday, May 29th. Join us at Hinson Amphitheater at 10:00am for one service. 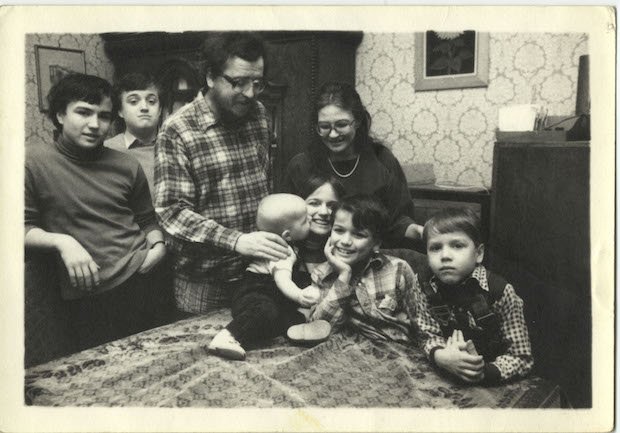 Various pursuits amid the One Pursuit

I understand that other various pursuits – sports, school, music, etc. – are goods in themselves, gifts from God to be enjoyed and practiced and pursued. I also understand that excellence in any domain requires tremendous effort and discipline. My point is not that we should give them all up, it is this: robust Christian discipleship in the family requires concrete, repeated commitments that supersede other commitments. Apart from consistent practices of discipleship in the form of real-life time-bound commitments, our children will be discipled into all kinds of competing, anti-Christian beliefs.

The prevailing cultural winds have not blown this bitterly and powerfully against the Christian faith in many years. A hundred years ago, or even thirty years ago the situation was different. But today, in the halls of elite culture, there is clear opposition to Christian faith and moral teaching. Carl Trueman recently put it this way: “today’s cultured despisers of Christianity do not find its teachings to be intellectually implausible; they regard them as morally reprehensible.”

In such an environment, tepid, half-hearted lukewarm faith will not win the day, either for ourselves or the next generation. If we want to disciple our children to love and serve Jesus above all other pursuits, in the face of increasing opposition, here is one family we could all learn from.

Vaclav and Kamila Benda (described in Rod Dreher’s excellent book Live Not By Lies) raised their family in the Czech Republic in the ‘70s and ‘80s, facing a totalitarian communist government that sought to destroy the solidarity of the nuclear family. In the midst of great persecution, the Bendas successfully raised six children as believing Catholic Christians. Vaclav died in 1999, but Kamila is still alive, and not only their children but their grandchildren continue to practice their faith, in spite of the majority of their countrymen turning away from Christianity. Dreher visited with Kamila and some of her children to learn how they did it.

Here are five things the Bendas commend to us if we want to pass on to our children a solid faith in Christ that they will in turn pass on to their children (our youth ministry is named “222” because it reflects this value within the church that Paul described in 2 Timothy 2:2).

“Our parents were heroes for us . . .” The Bendas taught their children the stark difference between good and evil, particularly when it came to the abuses of the totalitarian government under which they lived. They discussed the important moral issues of their time and taught the Christian view of these issues, not only by instructing them but also by practicing them. The Benda children had tremendous respect for their parents for doing this and became more courageous as a result.

Kamila read to the children daily. She filled their imaginations with stories of adventure and beauty and moral purity. Their favorite books were The Lord of the Rings trilogy. It resonated, they recalled, because “we knew Mordor was real.” In identifying with the humble but stouthearted hobbits, the Benda children had an imaginative model for living according to truth and goodness, and resisting evil.

The right stories in the hearts of our children help them to understand their own lives in the light of the greatest Story, that of God’s redemptive work in our world in opposition to the powers of evil. Our children are not accidents, nor is life random, nor is morality relative. Great stories teach these truths.

“In our classes at school, we were different through our faith . . . we were not hurt by being different because we considered this exceptionality a value and not something bad.” Vaclav and Kamila raised their children to understand that their Christian faith marked them off as distinct and set apart from the world (John 15:19). This prepared the children to resist the conformist propaganda from the government. This was difficult for the children, but as their son Patrick remarked, it bore fruit: “Sometimes it was really hard, but it made us stronger.”

At one point Vaclav stood up against human rights abuses in his hometown, and for this act of defiance was sentenced to a four-year prison sentence. He had an opportunity to be set free early if he agreed to leave the country with his family. He wrote of this opportunity to Kamila. Her response? “I wrote back to tell him no, that he would be better off staying in prison to fight for what we believe is true.” That is remarkable considering Kamila was at home raising six children on her own at the time. Do our children see us making concrete sacrifices to serve our Lord?

The Bendas had frequent houseguests, often people who believed very differently from them but who were united in their opposition to communism. They worked with them, encouraged them, and shone the light of Christ. They believed that their home (which was a small apartment) was a place where encouragement, discussion, wine, cheese, and tea should be offered regularly. In a time where the Communist government engineered society to be a collection of atomized individuals, the Bendas created community and connection. This has become the practice of the Benda children in their communities that are likewise atomized by technology and entertainment.

Imagine what legacy we might leave if our small band of Christ-followers at NAPC followed the example of the Bendas by discipling our children in the One Pursuit that really matters.

Here are a few suggestions for applying these five principles in our families and communities today.

By applying these things we will seem rather strange to the world. Many will despise the things we stand for. But we will be loving God and our neighbors in the way He commands. Imagine what legacy we might leave if our small band of Christ-followers at NAPC followed the example of the Bendas by discipling our children in the One Pursuit that really matters. The mustard seed effect in a world that is simultaneously hostile towards and desperately in need of the Gospel could be incredibly powerful over the span of a couple generations.

Lord, make it so!