Our small group is the best! (sidenote: I hope you would argue that point because you think yours is the best). We started the “spring” journey Sunday afternoon (sidenote two: 20’s and snow on the ground does not correspond to the word “spring” . . . praying that by the end of the 7 weeks study things will be different). It was one of the most encouraging and engaging gatherings we’ve had in awhile and I’ve been trying to figure out why. Was it the full room? Maybe the shift in our meeting time from Friday night to Sunday during the day? Everyone seemed a little more rested and ready to talk. Or was it that we had a few people who returned after not participating in the Fall? Or that a new-to-NAPC couple joined our group? Or that we served food, water and coffee instead of food, water, beer and wine? Or that a couple people shared about the way our group has helped them grow closer to Jesus? The barometric pressure? The Holy Spirit moving in us as we examined the Word? Definitely that. Not sure about the other reasons. Regardless, what a joy to spur one another on to be courageous Christians in a challenging environment and then to break up into two groups of men and women to share prayer requests and lift our needs up to the One who is constantly providing for us.

One thread of the conversation was about ways we Christians should be distinctive in our approach to life. Love for the struggling and poor was brought up, as was our call to be generous with our money. I didn’t anticipate this one: death. Betty Lou (sidenote three: her real name is not Betty Lou) commented that Christians should think more about death. Then she recalled a conversation with another pastor where she told him, “Pastor, you should talk about death more often.”

I busted out laughing (sidenote four: not at her, with her!).  I have never heard that advice in my 17 years of pastoral ministry. I’ve heard some interesting requests, but never that one. But I like it!

We know what’s coming after all. Even if the details are fuzzy about what exactly it will be like, the outcome is crystal clear.

Jesus said to her, “I am the resurrection and the life. Whoever believes in me, though he die, yet shall he live (John 11:25).

That comment prompted another couple to share about their recent experience going to a family funeral and bringing along their 4-year-old son. It prompted all kinds of questions from him about death – will mommy die? Daddy? Would he, too, die someday? Scary questions, but entirely appropriate, and excellent segues into the reason for the hope we have beyond death.

This is not to say that death is a tame, easy-to-face reality. In one sense it has been utterly defeated. Jesus conquered death when he rose from death:

For Christians, it is right and appropriate to see death through a wide lens of understanding.

And yet, death remains part of the fabric of human life. For Christians, it is right and appropriate to see death through a wide lens of understanding. Some deaths may be felt as the completion of a long life lived in imperfect but faithful communion with Christ. A dad or grandfather who dies in his 80s after investing his life wisely should call to mind the verses at the end of Abraham’s life:

Abraham breathed his last and died in a good old age, an old man and full of years, and was gathered to his people (Genesis 25:8).

At the other end of the spectrum is the tragic death of a child or a young adult or young parent. Lament, heartbreak, and weeping is the normal response. Life will never be the same for those who remain. Jesus encountered this kind of response at Jairus’ home after his daughter had died:

Now they were all weeping and lamenting for her; but He said, “Stop weeping, for she has not died, but is asleep” (Luke 8:52).

J. Todd Billings is a theology professor, writer, and cancer survivor, although the cancer he has is incurable. He is in his late 40’s and his prognosis is not good. He wrote a wonderful book, The End of the Christian Life: How Embracing Our Mortality Frees Us to Truly Live. It is a profound meditation on death from a man with a sentence hanging over him. He has much that is helpful to say about death, and one summary he offers is this:

“Death is still coming; it’s still certain, and it’s still bitter. But in the end, its bitterness will give way to the sweetness of resurrection, its darkness to the light of the temple.”

We do well to consider death as Christians, because dwelling on death reminds us of the sweetness of life and the hope we have beyond it. The one time a year that we make the reality of our own mortality the focus of corporate worship is on the first day of the season of Lent, the 40 days leading up to Resurrection Sunday. This year Ash Wednesday will be March 2nd. We will gather at Franklin Church at 7:00pm to sing, hear the Word, pray and then come forward to receive the imposition of ashes on our foreheads. This is a symbol for three truths: our need to repent for our many sins; our impending mortality; and our only hope, which is why the ashes are imposed in the sign of the cross.

Strangely enough, meditating on our own death and worshiping God through it brings hope and peace. Maybe Betty Lou was on to something. 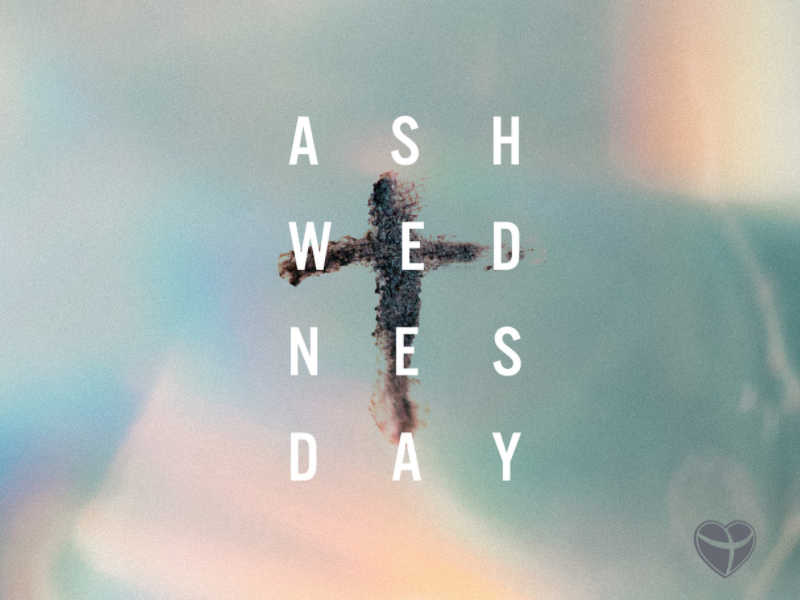